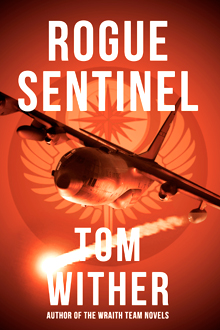 From Tom Wither, Author of THE INHERITOR and AUTUMN FIRE, comes ROGUE SENTINEL, an international thriller that puts the reader in the heart of the intelligence and special operations communities.

Lieutenant Commander Mathews’, an experienced Tier One Operator is sent on a solo mission to capture an American who has joined ISIS, planning operations that have killed hundreds. After an extended close surveillance while undercover in Jordan, Mathews and his trusted NCO, Senior Master Sergeant Simms attempt to capture the man known as ‘al-Amriki’ – The American. As they close in, weapons at the ready, they inexplicably receive orders to let al-Amriki go - from the President of the United States. Why is the President of the United States letting a known terrorist live, and what can be done by Mathews to stop The American from killing more innocents?

Supported by David Cain, chief of the Counter Terrorism Shop in Fort Meade, MD, Mathews locates and positively identifies Objective FULLBACK – called ‘al-Amriki’ (The American), and begins to surveil him to establish a pattern of life to enable a capture operation. After locating and tracking him for several days, Mathews, supported by trusted NCO, Senior Master Sergeant Simms, executes the operation to capture al-Amriki. Mathews and Simms stand toe-to-toe with al-Amriki in a deadly standoff when Mathews receives the order to abort the mission. After being recalled to the U.S. embassy in Jordan, Mathews is told why – ‘al-Amriki’ is a CIA deep cover operative, and Mathews is ordered to help him identify and eliminate the senior leadership of ISIS. Al-Amriki arranges a covert meeting with the heads of ISIS to enable the strike, but his cover has been blown – now Mathews and Simms need to save al-Amriki’s life – and their own! 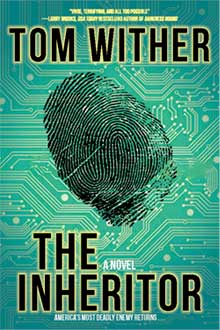 Following his dead mentor’s desire to re-establish the Islamic Caliphate, Aziz Abdul Muhammad, hand-picked by bin Laden himself, masterminds a series of attacks on the U.S. energy infrastructure that will reignite the war against the West. As his initial series of attacks creates mass panic, leaving the Northeast and Mid-Atlantic states in terrified darkness, the manhunt is on.

In a unique special operations force, veteran intelligence officer David Cain, along with Air Force Sergeant Emily Thompson and rookie FBI Agent Dave Johnson, leads the U.S. effort to find Aziz and his operations expert. From Camp Delta in Guantanamo Bay to Chicago and the outskirts of Tehran, the force must halt Al Qaeda’s attempt to rise from the ashes of its former self—and stop The Inheritor before the rest of his terrifying plan unfolds. 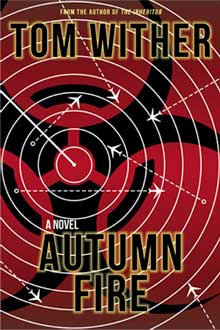 America’s deadliest enemy returns—and he’ll stop at nothing to carry out his catastrophic plot against the U.S.

America is under attack. Al-Qaeda mastermind Aziz Abdul Muhammad is still on the loose, leaving no trail after his massive attacks against the U.S. energy infrastructure. Once again, the dedicated special ops force—Officer Cain, Sergeant Thompson, FBI Agent Johnson, and Lieutenant Mathews—relentlessly pursue him in their covert investigation, codename AUTUMN FIRE.

Aziz and his group of loyal jihadists send shockwaves across the nation as they execute their next phase of attacks: a mass shootout and deadly explosion at a nuclear power plant. Days later, Aziz’s followers blow up U.S. military supply ships in the Indian Ocean, crippling the country’s ability to deploy forces in the Middle East in the event of war. And the jihadists don’t stop there—under Aziz’s command, they contaminate public water supplies along the East Coast with radioactive material. Time is quickly running out for the special ops to stop Aziz before he delivers his final destructive blow against the U.S. in the most shocking, unthinkable attack yet.

Culminating in an explosive operations mission overseas, Autumn Fire is a terrifyingly realistic depiction of international terrorism and the men and women who daily risk their lives to restore peace.